Search
Home
From the Bench

Ultrasound is currently the best way doctors have of estimating fetal age and development. However, even ultrasound cannot predict pre-term delivery. In fact, there is presently no really good way to predict which women will deliver prematurely, even among women who are symptomatic. We have blogged previously about cervicovaginal placental alpha macroglobulin-1 (PAMG-1), (brand name Parto Sure from QIAGEN) for prediction of preterm delivery but even this marker has limited utility with a positive predictive value of only ~35%.

Recently, an interesting paper was published that looked at cell-free RNA (cfRNA) transcripts in maternal blood. The authors identified nine cfRNAs from the placenta (CGA, CAPN6, CGB, ALPP, CSHL1, PLAC4, PSG7, PAPPA, and LGALS14) that could be combined in a model to estimate gestational age. They obtained similar results in their training set (n=21; r=0.91, p<10-15) and the validation set (n=10; r=0.089, p=<10-15). The blood test predicted gestational age within 14 days of delivery in 32% of cases at the second trimester, 23% at the third trimester, and 45% at 2nd and 3rd trimester, compared with a 48% with ultrasound.

Based on their findings, the authors were interested in whether their model could also predict preterm delivery (before 37 weeks). However, their original set of cfRNA did not work for the preterm deliveries. They went on to examine several new cohorts of women, with increased risk of preterm birth (either they had preterm contractions or they had a prior spontaneous preterm delivery) and identified 38 genes that could separate full-term from preterm births. They found that they could use just seven cfRNAs from the larger panel (CLCN3, DAPP1, PPBP, MAP3K7CL, MOB1B, RAB27B, and RGS18) when grouped in “unique combinations” of three genes. They report that they could identify women that would deliver prematurely in a small validation set with positive predictive value of 57% and AUC 0.81.

This method is attractive because it could be used in addition to or instead of ultrasound. The authors speculate that this method could also be used to identify and monitor fetuses with congenital defects as well. However, it is clear that larger blinded studies using a broader patient population is needed before this testing could be considered as a diagnostic or screening tool.

Originally published by The Pregnancy Lab 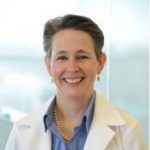 Every tube / specimen is a patient with a suspected illness in need of a diagnosis and appropriate course of...

Every tube / specimen is a patient with a suspected illness in need of a diagnosis and appropriate course of treatment. Without our adept analytical and interpretive skills, the clinical physician would be at a loss in providing the appropriate care and course of treatment. It is even more critical as in my case where you’re one of only two skilled personnel in respect to certain diagnostic procedures (Flow Cytometry for the immunophenotyping of leukemia’s).
http://www.labtestingmatters.org/testimonials/adept-analytical/
It is vital to finding a diagnosis.

It is vital to finding a diagnosis.
http://www.labtestingmatters.org/testimonials/it-is-vital-to-finding-a-diagnosis/
Without us, they wouldn’t know what to do.

Without us, they wouldn’t know what to do.
http://www.labtestingmatters.org/testimonials/without-us-they-wouldnt-know-what-to-do/
It is the eyes with which a doctor manage to follow a patient’s evolution of a disease.

It is the eyes with which a doctor manage to follow a patient’s evolution of a disease.
http://www.labtestingmatters.org/testimonials/patients-evolution-of-a-disease/
The best quality health care is only possible it laboratory testing is done by professionals who have the ability to...

The best quality health care is only possible it laboratory testing is done by professionals who have the ability to recognize peculiarities in test results to ensure that the correct result is acted on by the physician who will administer treatment based on the laboratory findings.
http://www.labtestingmatters.org/testimonials/best-quality-health-care/
0
0
Lab Testing Matters

Tell us why Lab Testing Matters to you…

Send this to a friend