Rabies has been a topic several times on the radio show where I looked at a variety of topics related to this lethal virus.

On the return to the airwaves of the Outbreak News This Week Radio Show Sunday, I look at rabies with a different set of topics–some history, some mythology and public health and diagnostics.

Texas State University Program Chair for the Clinical Laboratory Science Program and friend of the show, Rodney Rohde, PhD joined me to discuss these rabies topics. 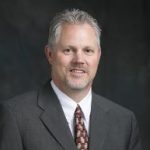 Dr. Rodney E. Rohde (@RodneyRohde) is Professor, Research Dean and Chair of the Clinical Laboratory Science Program (CLS) in the College of Health Professions of Texas State University, where he spends a great deal of time mentoring and coaching students in this sometimes mysterious and vague path. He has been recognized with teaching excellence at both Texas State and Austin Community College. Dr. Rohde’s background is in public health and clinical microbiology, and his PhD dissertation at Texas State was aligned with his clinical background: MRSA knowledge, learning and adaptation. His research focuses on adult education and public health microbiology with respect to rabies virology, oral rabies wildlife vaccination, antibiotic resistant bacteria, and molecular diagnostics/biotechnology. He has published a book on MRSA stories, over 50 research articles, book chapters and abstracts and presented at more than 100 international, national and state conferences. In 2015, Dr. Rohde received the Cardinal Health #urEssential Award as Champion of the CLS Profession, named a Top 20 Professor of CLS and received the Texas State Mariel M. Muir Mentoring Award. Likewise, he was awarded the 2015 and the 2012 Distinguished Author Award and the 2014 and 2007 ASCLS Scientific Research Award for his work with rabies and MRSA, respectively. Learn more about his work here. Dr. Rohde is the current Texas Association for Clinical Laboratory Science (TACLS) President and has been involved in licensure efforts in Texas since 2007.

Every tube / specimen is a patient with a suspected illness in need of a diagnosis and appropriate course of...

Every tube / specimen is a patient with a suspected illness in need of a diagnosis and appropriate course of treatment. Without our adept analytical and interpretive skills, the clinical physician would be at a loss in providing the appropriate care and course of treatment. It is even more critical as in my case where you’re one of only two skilled personnel in respect to certain diagnostic procedures (Flow Cytometry for the immunophenotyping of leukemia’s).
http://www.labtestingmatters.org/testimonials/adept-analytical/
It is vital to finding a diagnosis.

It is vital to finding a diagnosis.
http://www.labtestingmatters.org/testimonials/it-is-vital-to-finding-a-diagnosis/
Without us, they wouldn’t know what to do.

Without us, they wouldn’t know what to do.
http://www.labtestingmatters.org/testimonials/without-us-they-wouldnt-know-what-to-do/
It is the eyes with which a doctor manage to follow a patient’s evolution of a disease.

It is the eyes with which a doctor manage to follow a patient’s evolution of a disease.
http://www.labtestingmatters.org/testimonials/patients-evolution-of-a-disease/
The best quality health care is only possible it laboratory testing is done by professionals who have the ability to...

The best quality health care is only possible it laboratory testing is done by professionals who have the ability to recognize peculiarities in test results to ensure that the correct result is acted on by the physician who will administer treatment based on the laboratory findings.
http://www.labtestingmatters.org/testimonials/best-quality-health-care/
0
0
Lab Testing Matters

Tell us why Lab Testing Matters to you…

Send this to a friend